In short, don’t spend too much money and make your house smart anyway! Because oh well, what is the sport of a smart house if you don’t have to think about money? A so-called smart home with a low budget. So far it works pretty well!

Disclaimer: if there is too much enthusiasm, it can end up costing a lot! 🙂 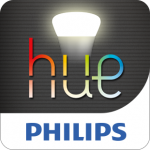 Perhaps best known among the smart-home lamps are, in my opinion, the lamps from Phillips Hue. That’s where my research starts. Yes … research. Because research does not seem necessary only if you do not want to spend too much money, but for many more reasons!

Websites, YouTube videos, forums and stores, I spent hours on it. Always with the same questions:

In fact, the order of the above points is not entirely correct. This is because during the research it’s changed to order 3, 1, 2. In which 2 is of course still decisive.

The question of a system like Phillips Hue will be used in our home? No. Why? Because my wife will soon wonder why the light switch no longer works. And since my two children still do not have a smartphone for a long time, an analogue light switch is still needed. After all, if you use a Hue lamp, you better leave your switch alone. Your lamp must always ‘receive power’, otherwise it is ‘offline’ and can therefore no longer be operated ‘smart’.

Much cheaper are the smart Tradfri (TRÅDFRI official) lamps from our Swedish friends of IKEA. The prices are quite interesting if you compare this with Phillips Hue. However, if I have to believe all experiences I read, Hue installs / configures a bit easier than the IKEA version.
More about that later ..

There are of course a number of alternatives. However, not for me at this stage.

So no Zigbee lamp in my house?

Eventually I found the solution in a well-known brand: CoCo, the abbreviation for Click-on-Click-0ff, also known as Trust. Of course known for the large white build-up ‘sockets’ that you probebly know, can also buy from cheaper B and C brands. But, it appears that KaKu also has built-in products that you place behind your existing switch in the wall. New to me!

The disadvantage of built-in switches

Because every cloud has a silver lining, also with these types of smarthome devices.  The well-known system from Trust uit works on 433.92 Mhz, not on the Zigbee protocol. The disadvantage of this is that it is a one-way system, which in short means that the device that you can switch does not return any information about it.
A Zigbee lamp (Hue or Tradfri for example) can, in the app on your smartphone or tablet, show whether it is on or off.

Why should I be able to see if my lamp is on or off?

You may not, but it can be very useful if the system you use, does. Because what if you want to set a certain lamp to switch off automatically if it is switched on for longer than 10 minutes without the GPS on your smartphone indicating that you are at home? Or am I going too far now?

The advantage of built-in switches 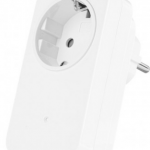 Easy; I can now control my lamps digitally and analog. The old-fashioned switch just works and I can switch the lights with my smartphone. This also means that my young housemates can simply switch on the light with a button.

Choices, choices. But to be honest, I don’t want to make this choice yet.

Fortunately this is not necessary. Trust offers a solution, with the ICS-2000, they offer a Hub that supports both Zigbee and 433Mhz. This means that I can control the built-in transmitters, as well as the Hue, Tradfri or other Zigbee lamps.

We haven’t talked about Z-wave yet. More about that later in another article.

The question about what should be supported was becoming more and more important. With the answer, the possibilities also increased. Hopefully the budget too, but that is for later. I can now support and manage any product, with the above protocols. Win!

Of course there are plenty of other options to support all kinds of protocols. Outside the ICS-2000 there are more Hubs / Bridges that also support multiple protocols. In addition, you can still get started with self-build devices, a Raspberry, a Nodo, Homey, etc etc etc.